Escape to Christmas Past coloured by Lynn Stevens.

Becky Bolton and Louise Chappell are Good Wives and Warriors, an artistic duo that specialise in extraordinarily intricate drawings that have been applied to all sorts of surfaces, from walls to bottles to books to magazines (including issue 9 of Amelia’s Magazine). They met at Glasgow School of Art and with a base in London now work all over the world. I was super thrilled to hear about their new colouring books for Puffin, themed around some well known stories. Escape to Wonderland is inspired by Alice in Wonderland, and Escape to Christmas Past is inspired by A Christmas Carol. Their Christmas edition has only just been released and would be a marvellous book to colour if you want to get in the festive mood. I caught up with Good Wives and Warriors…

Escape to Wonderland by Ronit Roccas 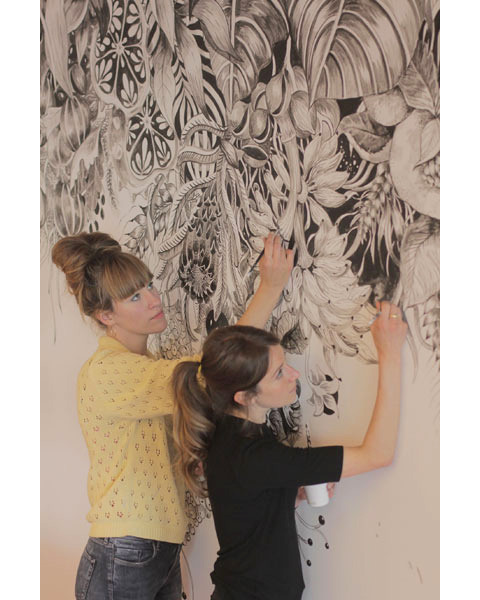 Congratulations on your colouring books! How did they get commissioned?
Firstly, thank you very much Amelia. It has been quite a busy few months working on the two Penguin books and a third colouring in book for the German market yet to be published. We feel like drawing machines! The Penguin books were commissioned through our London Illustration Agent – Central Illustration Agency. Our work had been followed by the partner of one of the Art Directors at Penguin who had then approached CIA. The pitch was between ourselves and one other illustrator. We were very happy to be the chosen for the job! 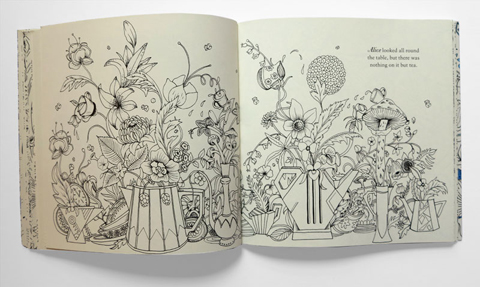 What has been the best bit about creating these books?
I think we both love producing drawings and creating large amounts of work. Maybe for us that is more important than the final outcome (although we are very proud to have the completed books in our hands!) So to have a wall covered with around 200 drawings was a very satisfying experience for us. It was also fun to read through the books, especially Alice in Wonderland, and plan out the illustrations.

How have you juggled their creation around your other jobs, and how long did they take to make?
We both work three days at our other jobs and three days in the studio. At times it can be a bit of a juggle although in the last year we have been a lot more strict about not working nights or Sundays. We are lucky working together because we can spur each other on and usually work faster or more efficiently as a result. It is hard to say exactly how long the books took as we were working on other commissions at the same time. For Alice we also had the help of a lovely assistant Marcella Wylie, (who is a talent illustrator based in Scotland) to help clean up the drawings. 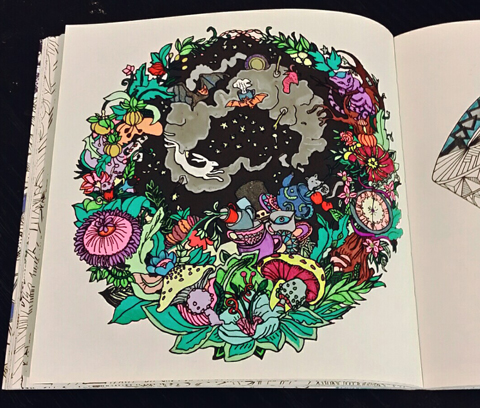 Escape to Wonderland by Stephanie Cox 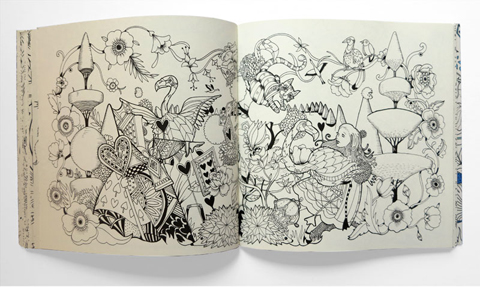 Who is your favourite character in Escape to Wonderland and why?
I love the version of the Cheshire Cat that Becky drew – inspired by the paintings of Louis Wain, an early 20th Century artist whose strange and beautiful cat paintings are definitely worth checking out! 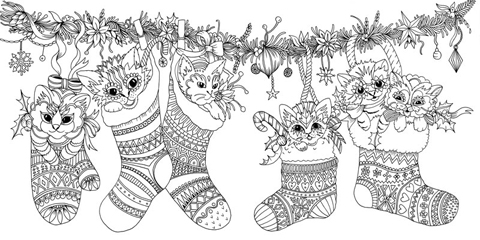 What can people expect in your new christmas themed book?
Escape to Christmas Past is a very traditional illustrated journey through Dickensian London and all the rich, decorative imagery we associate with a nostalgic Christmas. The tale itself is quite dark in places and we hoped to lighten the story a little by adding some of our own creatures and funny little additions. 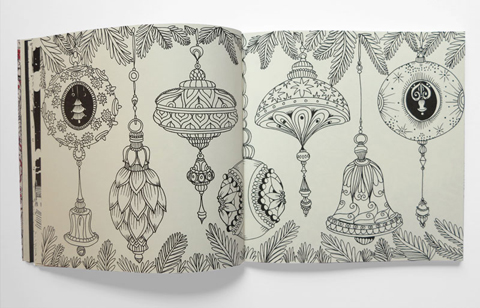 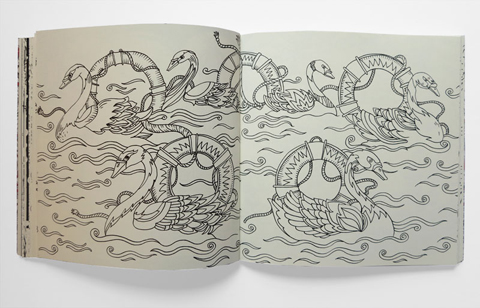 Do either of you colour in, and if so what kind of stuff and what is your top tip for creating an attractive bit of artwork?
Creating these books has been our first step into the world of colouring in. That said, we have in the past created hand coloured versions of our screen prints. One year we also hand coloured in every individual (detailed tiny drawing!) of our christmas card send out. It was a labour of love but also very mediative and enjoyable. When we recently coloured in pages from our recent books to experiment, we have really enjoyed it. Applying gradient colour over large areas of patterned detail is definitely satisfying. I guess a tip could be using pantone pens as they layer very nicely though the nibs are thick and only really useful for the larger sections of colour. 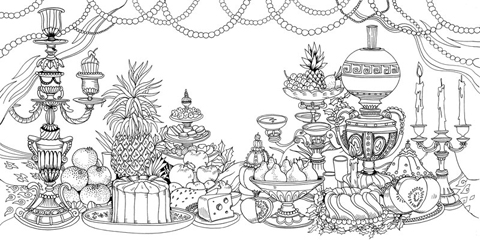 Who do you think your books will appeal to this Christmas?
The colouring in book based on a Christmas Carol is definitely stocking filler material and would appeal to a wide age group. The Alice in Wonderland book is maybe a slightly more select market but there are so many colouring in books on the market now, I don’t know how people will decide what to buy!

Louise, you worked on Amelia’s Magazine many years ago when it was in print, what is your fondest memory of that time?
Gosh, that was such a long time ago now but the issue is still proudly in the studio library! That was my first experience of living in London after graduating from art school in Glasgow and I loved it! I am still pretty much in love with London, it is hard to imagine living anywhere else. I have so many memories from that time but what I guess it was the friendships built with the Team (Issue 9ers!) – all the tea, trips to the bagel shop on Brick Lane and the epic lunch spreads (thanks Amelia!) Working on the magazine was a real learning curve and a massively beneficial experience.

Escape to Wonderland by Lynn Stevens 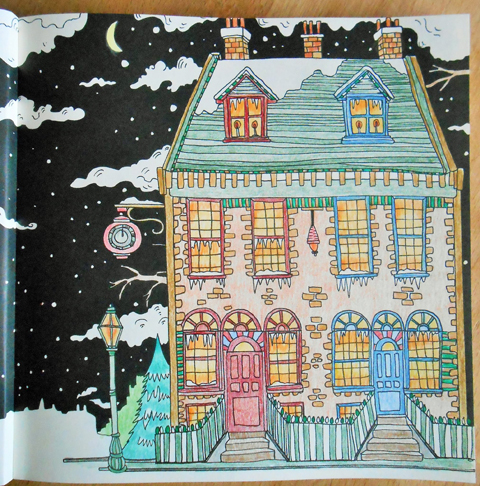 Escape to Christmas Past coloured by Lynn Stevens

Find both these colouring books by Good Wives and Warriors online at Amazon and at major retailers. Many thanks to Lynn Stevens and Paula Bowerman from the Colouring Circle Facebook group.