In Bashos Footsteps, The Hunt.

This summer artist Anya Gleizer and writer Pablo Fernández Velasco set off on an adventure inspired by the life and travels of the Japanese poet Matsuo Basho. The intrepid twosome have worked on some incredible artistic projects already, and are hoping to fund this one by fund raising on Kickstarter. Find out more in my exclusive interview below, by watching their video, and on their own website Streams and Mountains here.

Who was Matsuo Basho?
In his youth Matsuo Basho was many things, he tried to be a scholar and he entered the service of a court, but soon enough all those took a back seat to his true nature. He was a poet. And being a poet he became many other things. For Basho one has to “learn about pines from the pine, and about bamboo from the bamboo”, one has to seek for the essence of things, to become one with them. He became the cherry blossom, the bamboo stalk and the banana tree that he took his name from (Basho means banana tree in Japanese). His name was Matsuo Munefusa, until a disciple presented him with a banana tree to honour him. From then on he carried its name, and the tree itself to anywhere he travelled. And he travelled! Basho wandered all over Japan, carrying little more than pen and paper, always off the beaten track. In travelling and in contact with nature, Basho found the inspiration for art. Today Basho is known as the most celebrated poet to have come out of Japan. 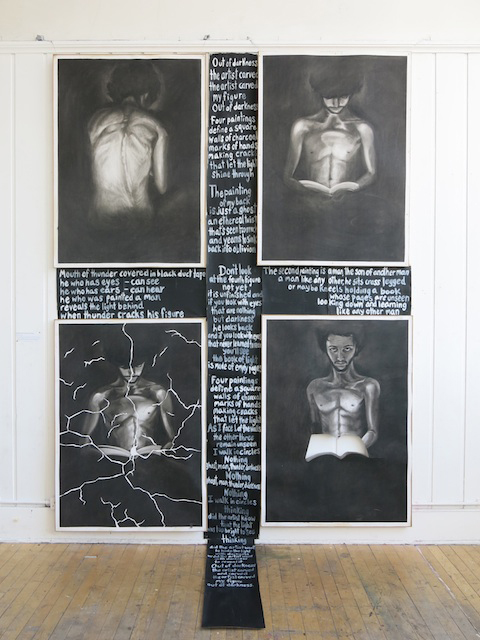 In Bashos Footsteps, What The Thunder Said.

When did you first come across the work of Matsuo Basho, and what drew you to replicate his journey?
I was looking for a book for Pablo. We are very similar in that when a story catches our interest it occupies all of our attention, and takes a front seat in our lives, as would a new friend with whom everything is interesting and new. Last summer, for Pablo, it was the Epic of Gilgamesh. So it was quite by accident that I strode upon Basho – he was sitting neatly beside Gilgamesh on the shelf of multi-cultural classics. Basho, a traveller and a poet. I read the first page of The Narrow Road and it was clear. I bought both. In the months that followed Basho´s haikus and travel journals enthralled us more and more. His simple aesthetic, and his wandering spirit caught hold of us. This winter, while hiking in Scotland, we had the idea to retrace his footsteps, and ever since we have been working to make it happen. 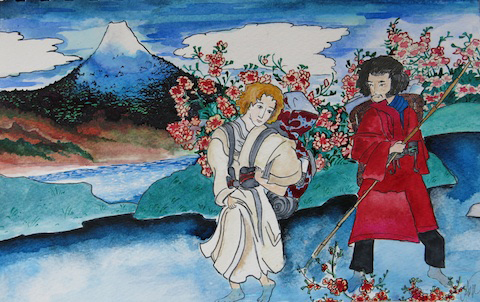 How did you come to work together and how does this process of collaboration work?
We began working together in Dublin in 2011, where we met in our study abroad. We were working with the French director Matthieu Tricaud in a play called There Will Be Time based on a poem by T.S. Eliot. After that we took different paths. This summer we met again, travelling first together, then each to a different part of the arctic, and then travelling together again until North Africa. This experience was a great source for art. This year we have been living together in Edinburgh to make that art happen. We have collaborated in different pieces in different ways (we even had an exhibition), but our main work is Titleless Mythology, which combines Pablo’s poetry with Anya’s illustration, something similar to what we intend to do in Japan. 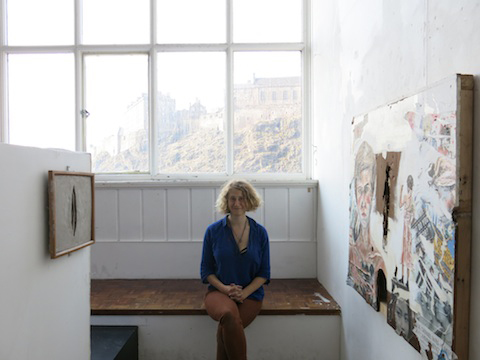 What do you hope will be featured in your own artists’ book?
We don’t want to have expectations, as they often ruin art. However, there is always an element of planning what we want to attain abstractly. We want this project will reflect on two aspects. The first one is Basho’s way of art and travelling, which we hope to come in touch with by retracing his trail. The second aspect is to acknowledge how far Basho is from us. Japan has changed a lot since 1689 and our western mentality is far from Basho’s Zen awareness. We aim to portray not only Basho’s way, but also the changes that have occurred in Japan, and it will be a study of the contrast between West and East.

Which part of the trip are you most looking forward to and why?
Taking off. The moment you know you are going on an adventure, you can’t wait. To put on the backpack, hit the road, and leave everything else behind.

What other adventures have you two embarked upon and what did the outcomes look like?
We have a lot of them! We go exploring whenever we have the chance. The mountains closed to home if we have a weekend, the arctic if we have a whole summer. Anya is the youngest person to circumnavigate lake Baikal in Siberia, the biggest in the world by volume. As you can see on her site, this inspired a lot of her paintings. She has also been in expeditions to Glacier Bay in Alaska, and in Chukotka (the Russian arctic) as part of an ornithology team. Pablo hitchhiked to Nord Cape (the furthest northern point in Europe), hiked in the arctic, and then hitchhiked down to North Africa (meeting Anya for the last part of the trip). Anya has a series of silkscreen prints and drawings about it, and Pablo a lot of poems, some of which you can find in Titleless Mythology. Besides, we are about to finish a novel that includes art and poetry inspired by this events.

How are you fundraising for your trip?
The project won the Barnson Bequest Award, which gave us a bit of money. Mainly, this May 16th we launched a Kickstarter! Kickstarter is a crowdfunding platform: Individuals pledge money for the projects they like and receive rewards from the project (we are giving away silkscreen prints, Titleless Mythology, the book we will produce after Japan, and paintings of different sizes, depending on your pledge). If the project reaches its funding goal, the backers give the money and receive the rewards. People have showed a lot of support, and in the first four days we received $4000! That covers the travelling and maintenance costs, but only some of the publishing costs, so we are trying to let people know about the project. The more people that back the project, the more books we can publish! If you want to back the project, you have until June 4th.

What do you hope to work upon on your return?
The artists’ book. We will have a lot of material to go over, edit and put together. There will be a lot of work involved turning the writing and sketches in a notebook into the beautiful work we want to produce. Besides that, Anya will have a lot more to do, as she has some large paintings to prepare as a reward for the great people that back our Kickstarter.