The new album The Lion’s Roar from the wondrous Swedish band First Aid Kit is coming out later this month. In advance of my review, let’s catch up with the talented duo. Life has become much more busy in the past few years!

You’ve done 5 tours across America in the past 2 years, what has been the highlight?
All five tours have been highlights in their own ways. The first tour was especially exciting because everything was new and it felt like an adventure. We realized how big this country is, traveling through endless landscapes of of deserts, fields and forests. We sort of felt like we were on that epic american road-trip we’ve always dreamt of. Last September we went on tour with Bright Eyes, a dream come true for us. We got to spend two weeks with our favorite band. We went to Disney World, we went swimming in the ocean and sightseeing in D.C. We had plenty of free time and the weather was amazing. It was the perfect tour. Bright Eyes treated us so well, too. Every night was a party. Every night we played songs together. Mike Mogis played pedal steel on our song Emmylou, we sang Lua with Conor and two nights our dad even played the guitar solo in their song “One for you, one for me”! We couldn’t have imagined our own dad playing with Bright Eyes someday. We were very proud.

Your new album The Lion’s Roar is out soon and was recorded in Omaha, Nebraska with producer Mike Mogis – how did that come about, how long were you there for and how easy was it to slot into working with a big American producer?
When I (Klara) was twelve years old I heard Bright Eyes for the first time. I loved the simplicity and honesty in their songs. Their music was a revelation for me. It opened up the door for us to folk and country music. I got a guitar pretty quickly after that. Inspired by Bright Eyes I started writing songs. We met Mike for the first time when we played in Austin, TX in october. Conor Oberst came to our show, and introduced us to Mike. He saw us the next day at the Austin City Limits festival and after we had played he wrote us saying; ‘I’d love to make a record with you.’ We couldn’t believe it.

In May we went to Omaha, Nebraska to record the album. We stayed for a month, spending the first two weeks doing mostly live takes and then the rest of the two mixing the record. Working with a big American producer could be scary depending on who you work with, but Mike might be one of the most humble persons we have ever met. We understood each other from the get-go and we were on the same page musically. He knew what kind of record we wanted to make. Mike made sure that our vocals and lyrics always were the focal point. We worked together to find arrangements that would enhance the emotions we wanted to evoke, and not to just take up space. It was a fun and surprisingly easy process.

What has been the most memorable place that you have visited on tour (worldwide) and why?
We were in Tokyo just a couple of weeks ago and that was memorable to say the least. The culture is so vastly different. We felt a bit alienated and different (mostly just very tall), but it was an interesting feeling we’re not used to. The Japanese were incredibly polite. When we stepped into our label’s office everybody there came to meet us and bowed in-front of us. It made you feel respected and made us treat everyone with the same respect. We did 22 interviews in two days so we were quite busy, but they took care of us well. We would love to go back to Japan and play shows there someday soon.

Have you managed to retain contact with your friends back home in Sweden or do you feel your lives have diverged drastically? How much do you rely on a close sisterly relationship?
Luckily we have friends who understand why we have to be away so much and who are supportive of what we do. Of course it’s hard sometimes, not being able to be there for the people you love, but that’s a sacrifice we have to make. Having your sister around you is quite special. It always makes us feel like we’re home, having each other around. Our dad does the sound our shows, so he comes with us too. That keeps us from becoming too homesick. At the end of the day we get to do what we love the most, which is playing music, so we can’t really complain.

Do you remember the first time you sang in harmony, when was it? It must be incredible to have such a strong connection with someone you grew up with.
It was probably on one of our first demos, Johanna just tried out some harmonies and it sounded great. We have evolved a lot from back then though. We’re getting better and better at harmonizing everyday. Singing with your sister is awesome. Our voices are so similar it’s almost like singing with yourself. It’s easy. We’re so in tune with how we phrase and time words, so it always feels very natural. Singing with a non-relative is more of a challenge. You have to adjust to their way of singing and ‘get’ their voice. It’s not the same thing.

You recorded the cover single Universal Soldier with Jack White in Nashville and you have just toured with Lykke Li. How did these come about and who else would you like to work with?
We have no idea of how these cool cats heard of us, we’re just very lucky that they did. Lykke Li had asked us a couple of times to play and last november we finally got to play together. It was amazing to see her powerful performance on stage every night.

When we were on our second tour in the US, playing in Nashville Jack White called to say he wanted us to come into his studio and record two songs with him. Totally unexpected. We spent a couple of hours there the next day. It was the first time we ever recorded in a real studio with a full band. We love what we recorded, especially the traditional blues song It Hurts Me Too. Jack White brought out something new in us we didn’t know we had. It definitely has a Jack White sound but it’s still very much us. It inspired us to have a full band on the new record. We’d love to do something more with Jack White someday, it was really inspiring working with him and we both share a love for old Americana. We would also love to collaborate with Laura Marling or Dylan Leblanc, two amazing songwriters and singers in our age who are making similar music.

Your voices and musical knowledge have been widening, who or what has been the greatest influence in the past two years and do you have your sights set on any other genres and styles?
The past two years, while writing for this new record there are two people that specifically come to mind when talking about inspiration – Townes Van Zandt and Joni Mitchell. Townes Van Zandt has a way of writing songs that seem timeless. His songs are often tall tales, mystical but at the same time serene and simple. His phrasing is really specific and it gives the lyrics another dimension. Writing for the record, these were all things that influenced us, both things we were aware of and things we’ve heard, listening back to the record, now.

We got a little Joni obsessed when working on this record. Her lyrics are often like private diary entries, if everybody wrote amazingly poetic and clever diary entires, that is. There is something so honest, it almost hurts to listen to her music sometimes. For The Lion’s Roar, we knew we wanted to write songs that had a more personal touch. We wrote more about our own experiences and things we were going through. A lot of people write that our lyrics are ‘too mature‘ for our age, which is so absurd to us. We just write what we feel, we’ve never had any intention to sound older or more mature, we’re just ourselves in our music. We’re actually not very mature at all, haha.

You have said that you prefer to sing sad songs: why do you think this is?
It’s not really a preference, it just that we happen to write songs when we’re sad. Songwriting for us is a form of therapy, of catharsis. It’s a way of turning the negative thoughts in our head into something positive and creative. When we’re feeling like shit we listen to melancholy music, because knowing that someone else has felt the same way or even worse makes us feel less alone in these emotions. It’s strangely comforting. Hopefully our music could have a similar kind of effect for our listeners. Like a plaster for the soul. 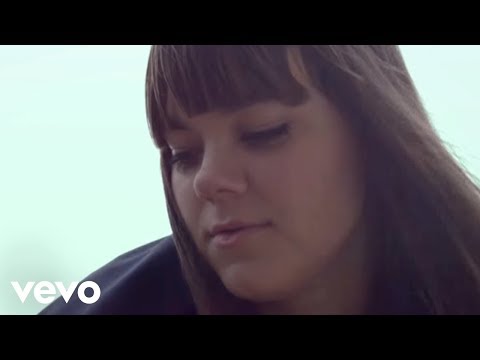 What was the story behind the video for the new single Emmylou? It has a glorious outback feel that goes with the country twang.
Thank you! The song Emmylou is a homage to our favourite country acts – Emmylou Harris, Gram Parsons, Johnny Cash and June Carter. It seemed perfect to go to Joshua Tree because we knew it was Gram Parsons‘ favourite place in the world. When we got there we understood why. We’ve also always been intrigued by the desert and had always wanted to make something in that kind of landscape, so now we got the chance. We worked with an amazing director called Maximilla Lukacs. We wanted it to have a 70′s psychedelic dreamy feel to it. She and her team totally got our vision. 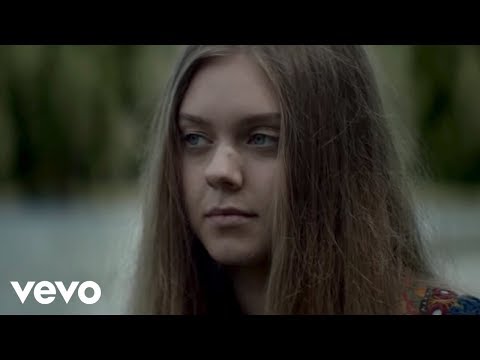 Where can people see you live in the UK over 2012? Any particular dates or festivals that you are looking forward to?
We’ll be playing a few club shows in February. We can’t wait to play the new songs! We’ll also play the End of The Road Festival this year, which we’re totally psyched about. We love that festival. We played there 2009 and it had an incredible folk-oriented line-up. We saw Alela Diane, Blitzen Trapper, Tallest Man On Earth and FleetFoxes. In other words, our favourite bands. Good times!

Lastly, since we last met I have discovered that your dad used to play in a band with my mum’s Swedish first cousin, Matts Alsberg. It’s a small world, do you remember him?
Oh my god! That’s so weird, haha. It’s a tiny world, indeed. Of course we remember him, our dad’s band was a big part of our childhood. They were called Lolita Pop and were quite successful in Sweden during the 80′s. Their music was not like ours at all. It was punk and new wave inspired by Velvet Underground, Patti Smith and Television. Our dad was a guitarist and songwriter in the band. He quit the band just when we were born. Their music and tales from their tours were always around us growing up. I think we looked up to our father a lot and the fact that he had been a professional musician inspired us to take a similar path. Now dad’s working with us full time and it’s great having someone with so much previous experience on the road with us. He probably never thought he’d be touring all over the world with his daughters.

The Lion’s Roar is released on 23rd January on Wichita. *You can read my full album review here.*