French electro-pop chanteuse Owlle is set to take the world by storm with her unique fusing of 80s era melody, super danceable beats and a pop-art aesthetic. Owlle describes the process of her musical creations with us, all accompanied by fabulous illustrations.

What ideas tend to permeate your lyrics and music the most?
I love telling stories, most of the time very personal, through descriptions, landscapes or surreal visions. I like mixing different or even antagonist atmospheres. Something that stroke me when I went through all my lyrics when I’d finished the album is that there’s the notion of someone running incessantly after something, someone impossible to catch all along. I didn’t realize that at first, that this was my theme lyrically, but also rhythmically in a way!

How has your background in Fine Arts influenced your approach to music?
My time as a Fine Arts student was decisive, it helped me refine what I really wanted to do, I discovered and met many talented artists, Pierre Huyghe and Brian Eno to name just two that really had an influence on me; I also experienced lots of different mediums myself, visuals mainly. I learnt to mix visuals and music, to stage things. All of this helped me broaden my vision, my culture, and ultimately my horizons as a musician! Art continues to feed and inspire me on a daily basis!

It is said that – despite your music – you prefer solitude over heaving dance floors, why is this?
Dancefloors can also be a very lonely place, a place of solitude, not necessarily in a bad way, somewhere you let go, you forget everything and everyone around you, and that can be very thrilling. But there’s truth in that I’m more the introspective type.

When and how did you discover the work of Brian Eno and how has it influenced you?
I first discovered Eno not through a record or a concert but through an art installation he’d done at an Art Fair in Lyon in 2005, called « Quiet club », such installation obviously had music in it too, but not only… and all of a sudden, it was a blinding revelation to me: how much visual arts and sounds/electronic could interact. Suddenly I realized how I could combine both myself. I stared at it indefinitely, I was struck. Visuals play a key part in what I try do as an artist, they matter as much as music, it’s an integral part of the project!

How did you get involved with Depeche Mode and what was the highlight of your collaboration?
That was totally unexpected and an unforgettable moment for me. I’m a big fan of them. Their live drummer had apparently heard of my first ep – Ticky Ticky – and liked it enough to put my name forward to the rest of the band when the time came for them to look for remixers! Their team contacted me on the eve of Christmas 2012… for a minute it was so unreal… quite the Xmas gift! The title of the song – Heaven – was very appropriate to the situation! I tried to give a part of me into this remix. I even dared adding backing vocals, I couldn’t resist

When I heard the melody and Dave’s beautiful voice, I knew that it’d be a great experience. I had zero direction from them but only stems and complete freedom to do whatever i wanted. I had no pressure from anyone except myself to live up to the challenge and the chance I was given! I hope I did. Feedback from Depeche Mode themselves and then their fans when the remix came out were an immense reward to me, and a huge encouragement at the vey moment I was working on writing my first album

What has most influenced the look you create in your videos and artwork?
The fashion aesthetics from the 80’s, its craziness and theatrical aspect inspired me most, the 90’s are an obvious influence of mine too for that is when I grew up and I was very permeable to it, listening as much as watching artists like Madonna, Cindy Lauper or even Boy George but also designers like Alaia and Hussein Chalayan. I like things that have a dramatic aspect to them! 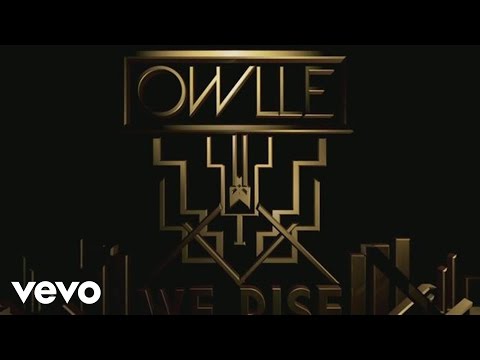 Where did the name Owlle come from?
It’s derived from ‘Owl’. At first I mainly liked the sound it makes when you pronounce Owl, then I feminized it with two L and a E. Then everyone started asking if I had kind of an obsession for owls. Well, I don’t but, yeah I’m a night-ish person, I mainly compose at night, I love this bird and the whole mythology it carries too. I can be quite inhibited or, say, discreet, in my everyday life, having an alias is also a way to overcome this somehow.

What next for Owlle?
2014 is going to be quite the busy year! I’ve just released my debut album FRANCE in Europe, it should come out stateside in the next few months and I’m going to tour a lot with it, as far and in as many countries as I can! 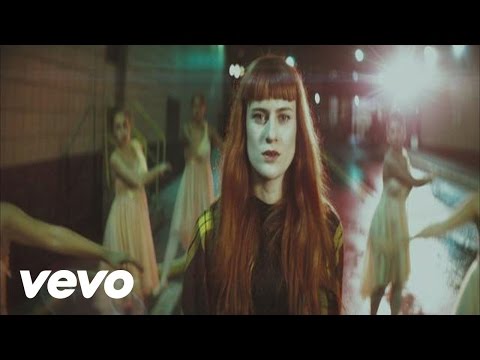