We in England may not be too familiar with flame haired singer songwriter Hannah Georgas, but back home in Canada she has understandably been making major waves since she launched onto the scene with her debut album This is Good in 2010. In her new album she deftly combines a delicate acoustic feel with catchy melodies and a lush wall of electronic beats. From stunning opener Elephant, through the beautiful but revengeful Somebody to the thoughtful Robotic this whole record continues in an elegantly wonderful vein that perfectly suits Hannah’s crystal vocals. Here’s hoping she will return to visit us again soon.

How did you learn to sing and make music?
My mom put me into piano lessons when I was very young. As soon as I started to figure out my way around my instrument I started writing songs. My dad was a really incredible blues piano player and was always playing and practicing his music in front of my family. I think his passion for music rubbed off on me.

For English readers who might not know you as well, what has been your career to date?
I’m a Canadian pop singer/ songwriter born and raised in Newmarket, Ontario. My music career was jump started where I’m now based in Vancouver, BC. I released my first ep in January of 2009 and since then I have followed up with 2 full length records. I’ve toured extensively over the years and especially this past while in support of my latest self-titled record. I made my latest record in Toronto, Ontario with an incredible producer named Graham Walsh (frontman of an electronic band called Holy Fuck). I’ve been really fortunate to collaborate and tour with artists I adore and admire.

How has being a Vancouverite impacted your approach to music, and what is the scene like in your hometown?
Vancouver has inspired me in many ways. I was embraced by the music scene as soon as I started putting myself out there (open mics, recording, playing shows, etc..) CBC radio has been an incredible support for me and I’ve met many talented musicians that have become close peers. I’ve written the majority of my work in Vancouver. It seems to have an inspiring affect on me. 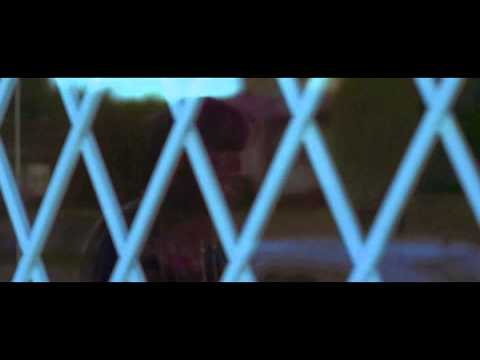 What was the treatment for the Somebody video and where was it shot?
I reached out to a production company based out of Vancouver called Amazing Factory and asked them if they would be interested in directing a music video for me. They do awesome work and I wanted them to try something for me. They sent me a treatment for Somebody that was an interesting and beautiful approach to the song. Their ideas consisted of having me perform in a variety of different reflections and film the reflected version of me. The piece was intended to be visually stunning, cinematic and simple in its presentation.

What inspired the lyrics on your self-titled new album?
I spent a solid few concentrated months writing this record. I made an effort to sit down as often as I could and just work on music. I would make time to practice almost everyday and hope that I could get the creative juices flowing. The lyrical content that came out was based a lot on what I was going through at that time. It’s often that I write music that comes from a personal place and if it’s not exactly about me, I’m affected by something and I make it personal. The record is reflective, introspective and dark at times but it’s also very hopeful. A little playful as well.

What was the highlight of working with Graham Walsh, a well known Canadian producer?
There are many highlights that I have working with Graham. He’s a lovely individual and I now consider him a great friend. He’s incredibly innovative and authentic and I learned a whole lot while working with him. He’s just a good guy. We just had a lot of fun hanging out together.

Will you be visiting us anytime soon, and where can we catch up with you live?
I’m hoping to be back I’m the new year. I post news all the time on my website at www.hannahgeorgas.com and all of the other social media outlets we use these days. Hopefully we can catch up live again next time I’m back!