I first heard David Bramwell talk about his upcoming book No.9 Bus to Utopia at Wilderness Festival last summer, where he spoke engagingly about his adventures whilst searching for happiness and meaning in communities across the world. In a neat turn of affairs I also heard John Mitchinson speak passionately about his revolutionary new crowd funded publishing company at Dark Mountain festival last summer. So when Unbound got in touch to ask whether I’d like to interview David about No.9 Bus to Utopia I of course said yes.

What is the No 9 Bus to Utopia about and why should people support the project?
It’s a book that chronicles a year spent visiting seven extraordinary communities in Europe and America after a relationship breakup. It was undertaken partly to learn how to be better at sharing and also just for the sheer adventure. Over the twelve months I visited sexual arcadias, a new city being built in the Arizona Desert, ashrams, anarchist communes and a place in the Italian Alps straight out of the pages of a sci-fi novel. I returned home full of inspiration from the people I’d met and wanting to make a difference in my hometown of Brighton by helping strengthen my local community through an event called Zocalo. Zocalo takes place one day each year when we encourage people to leave their houses and sit on a chair outside as a way of saying: I’m a friendly neighbour, come and have a natter. It’s been steadily growing over the years and is an informal street party all over the city. Better still it’s mercifully free of fund-raising, council approval, red tape or Union Jack bunting. It was dreamt up by a local guy, David Burke, and is a simple way of getting people talking to their neighbours again and re-kindling a sense of community. There’s lots of good will for it in Brighton and I can honestly say I now consider many of the people in my street as friends as a consequence. We hope that Zocalo will spread around the country. I learned from my adventures and experiences in communities that generosity and compromise are at the heart of all good relationships.

What kind of people do you hope will read it?
I love humorous travel writers like Bill Bryson and hope people will find it entertaining, personable and funny. It’s for anyone who’s ever wondered if the way they live could be better and how we can make a difference as individuals in the way our cities function (as well as our relationships). I was offered the chance to do the No9 Bus to Utopia as a TED talk last year which might be a good way for readers to get a taster of what the full story is about. 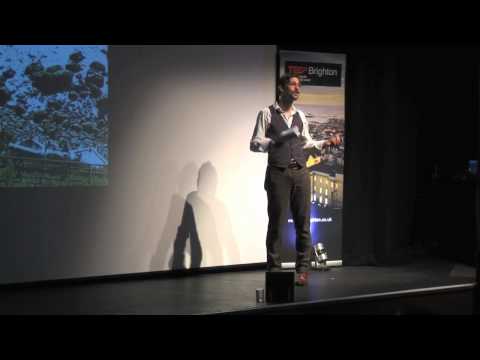 What was your biggest surprise discovery from visiting all these utopian communities?
A place in Italy called Damanhur which has built the world’s largest underground temple. It’s the most incredible place I’ve ever visited. The temple is about the size of St Paul’s Cathedral and was built in secret at night with little professional knowledge in how to accomplish such a feat. There are chambers where, if you press a certain stone slab in the wall, there’s a great whooshing sound and the wall slides away to reveal more secret rooms. It’s real Indiana Jones material. Visiting it took my breath away. Ok, if I’m really honest it actually moved me to tears!

Would you go back to any of them for any length of time, if so which one?
I’d return to all of them given the chance. The one I have been back to is Damanhur. I went a second time with a friend, Teowa, and we got to take part in some incredible rituals deep inside the temple. I even got the chance to jam with a rubber plant called Hellie, who the Damanhurians claim to have taught to make music. Hellie has even released a seven inch single. And no, I’m not making this stuff up.

What has the process of publishing your book been like and how did you hook up with Unbound?
Unbound was recommended by my friend Tom Hodgkinson from the Idler. They’re a hugely supportive and personable publishing company run on a crowd-funding ethos. We’ve raised a quarter of the money for the book so far in a short space of time, made a promotional video and I’m currently looking for opportunities to do the No9 Bus as a storytelling show/lecture. I’ve already spoken about it on TED, 5×15, Alain de Botton’s School of Life and the Idler Academy and it seems the best way to get people interested in reading the book.

You’re a bit of a Renaissance Man – how do you divide your time up between all of your different activities?
I made a conscious decision to get rid of my telly many years ago and no longer read papers or follow the news. I felt I could do better things with my time and fill my head with more life-affirming information and ideas, rather than that sense of righteous indignation the news headlines seem to instil in us. I admit, I’d struggle to identify Nick Clegg in an identity parade but I do have more time now to dedicate to pursue my passions and causes like Zocalo. I also teach music part time so I’m blessed with lots of paid holidays and free time.

Any news about Zocalo? Is it spreading around the country yet?
This year Zocalo has spread out of our neighbourhood of 3,000 houses to several other areas of Brighton. We’re hoping for our biggest ever turnout (weather permitting!) and have had lots of offers from local people wanting to run Zocalos in their streets. It’s yet to spread around the country but our long-term plan is a national holiday called Zocalo Day where everyone in the UK takes the day off work to sit outside their houses drinking tea and eating cake with their neighbours. OK, it’s an ambitious dream but why not?!

Are there any special festivities planned this Sep 9th?
To keep it simple we encourage people to bring their own entertainment to Zocalo on the day. We’ve had spontaneous table football tournaments, families cooking and sharing dinners out in the streets and sometimes people dragging their entire living room out onto the pavement, complete with stag’s head and Persian rug.

Why have you made Brighton your home? (I studied there and love it)
I grew up in Doncaster and studied in Coventry, so coming to Brighton for the first time was like stumbling upon an oasis. I’ve been here twenty years and still feel like I’m on some extended family holiday. It’s a liberal, bohemian party town where anything goes and to top it all, there’s a beach. Sure it’s also overcrowded and expensive but I only need go back and visit my home town of Doncaster to remind myself what an exceptional city I live in. 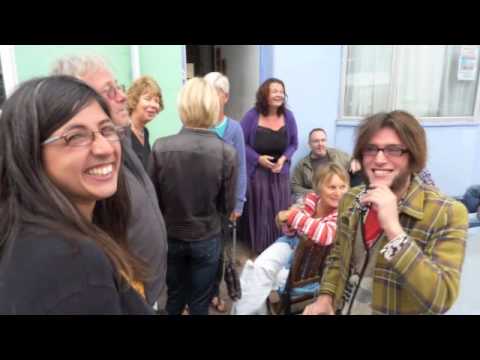 How would you describe your band?
Oddfellow’s Casino specialise in orchestrated melancholic pop with songs about nature, death and hauntings. The music seems to evoke the bleak English landscape, both pastoral and industrial. It’s something to do with being Northern I’m sure. It’s that same ethereal sonic quality that I find appealing in bands like Joy Division. It probably comes from eating too many pies and walking the Pennines in the drizzle. We’ve been making records for ten years now and have a strong, cultish following all over Europe from Estonia to Norway. 2012 has been a good year for us. We released a new album in May, The Raven’s Empire (on the theme of death) and had terrific radio play and support from Cerys Mathews, Gideon Coe and Lauren Laverne. We just released a new single, We Will Be Here, which is an anthem for the dead and was filmed in the Shell Grotto in Margate. We’ve got a handful of videos on youtube as well as a short film on our website that we made with former Dali model Drako Zarhazar. 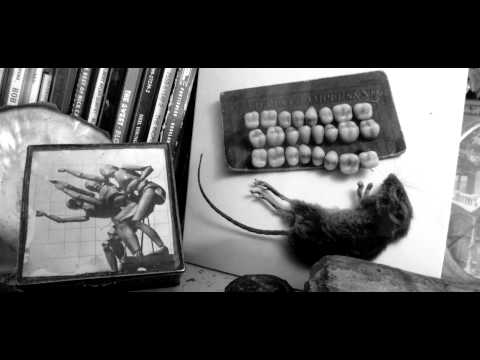 We Will Be Here

What has been your favourite festival experience this year?
Taking part in a Friday night spelling test at Port Eliot hosted by The Wire‘s Dominic West had to rank as the most surreal festival experience this year. I also took part in a record-breaking attempt for skinny dipping at Wilderness Festival. Sadly we were 200 people short of breaking the record. When I got out, I couldn’t find my towel and was a lone naked man wandering through crowds of fully-attired, drunk festival-goers. 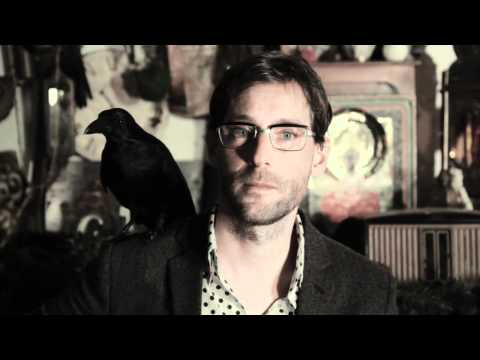 Winter in a Strange Town

Have you discovered any other great acts that you could recommend to us?
Favourite festival band this year was We Were Evergreen, a Parisian trio who won over the crowds with their energy, humour and exquisite power-pop, led by ukulele. Current favourite artists are Alt J and Other Lives.

The Crows and the Rooks

Finally, what next? And have you found true love again?
I’ve just made a short program for Radio 3 about a man, David King, who provides accurate long-term weather forecasts by reading nature. I’ve got a new talk on the history of pranks and mischief coming up at the Idler Academy in October and I’m hosting TEDx Brighton on my home turf in October. True love, I hope, is waiting in the wings, armed with a box of quality biscuits and good tale to tell.

You can support the No9 Bus to Utopia on Unbound by pre-ordering a copy. Find out more about how to run a Zocalo here. Keep up with David Bramwell at www.drbramwell.com.