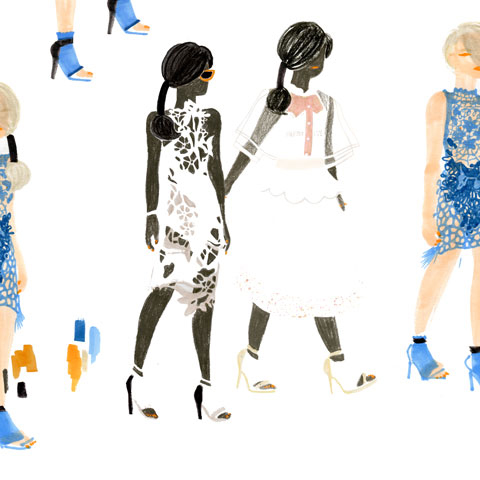 The marvellous Bora Aksu took an early slot on Friday morning to present a collection inspired by Queen Victoria’s paper doll of the celebrated romantic ballerina Marie Taglioni. The show opened with a group of girls dressed in trademark layerings of crisp snowy white and peachy beige. They wore coral lips and nails, huge diamante earrings and long hair tied sharply to one side. Black socklets under sandals and darkened lenses on glasses (a new collaboration with eyewear designer Tom Davies) ensured this romantic collection had a thoroughly modern appeal. 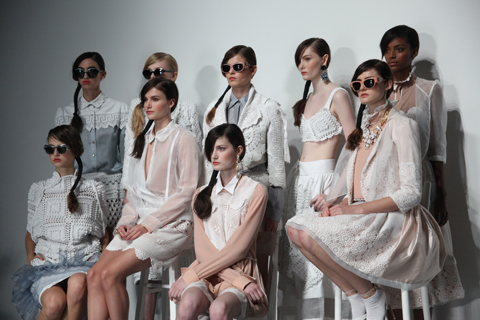 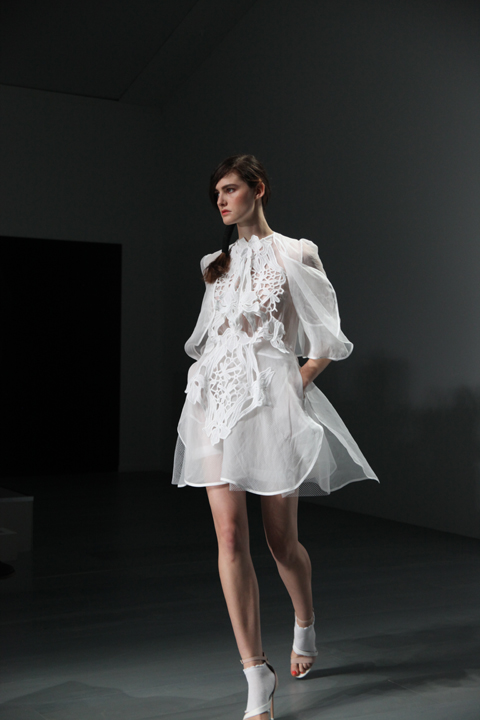 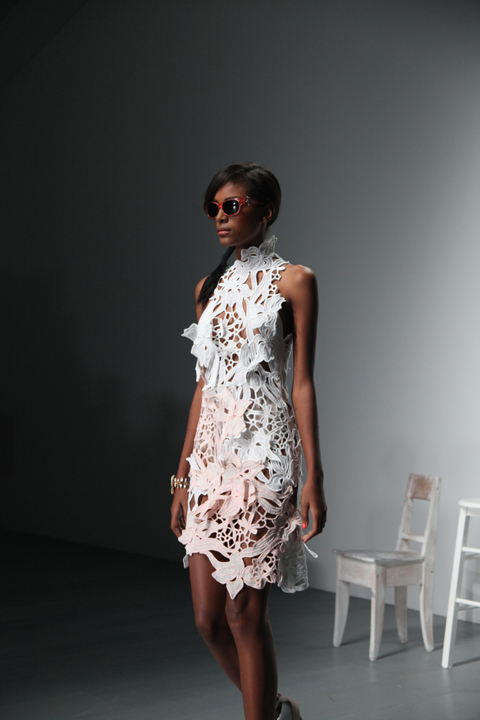 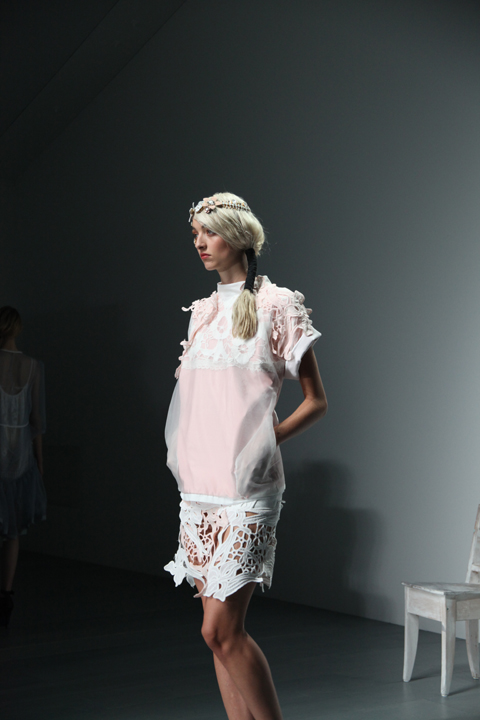 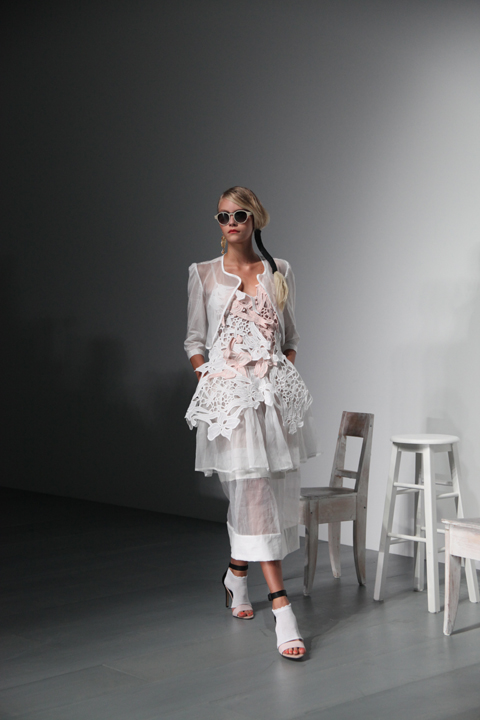 The girls progressed down the catwalk in combinations of cut out embroidery and delicate crochet panels, worn beneath lashings of lacey silk and ruffled organza. On trend mid length dirndl skirts and cropped jackets were given the Bora Aksu spin with the gradual introduction of palest blue grey, petrol blue and slashes of deep indigo. Details such as thick white seams, bibbing and traditional woven fabric gave a crisp edge to the garments. As a recent convert to the charms of crochet I particularly admired the hooped crochet cape worn over a sleek pencil dress. 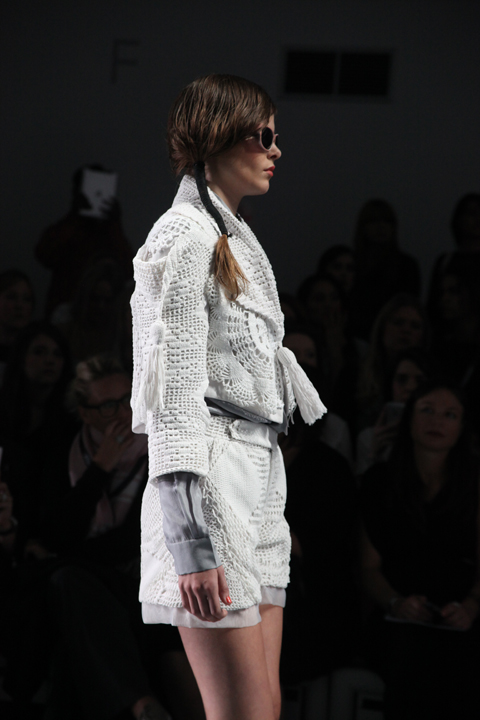 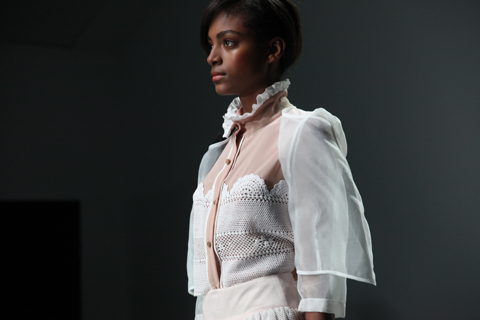 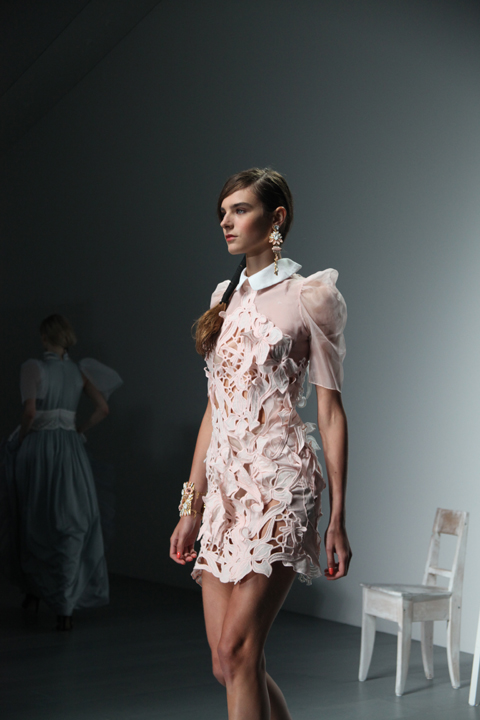 The show finished with a series of layered dresses featuring sophisticated black organza and a bewitching lilac crochet dress topped off with a sweeping swathe of purple tulle. This was, as ever, a magical collection, full of delicious detailing on beautifully wearable items. 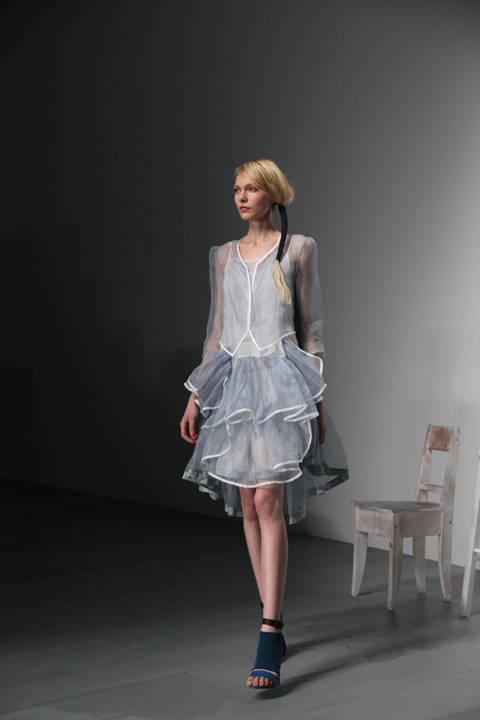 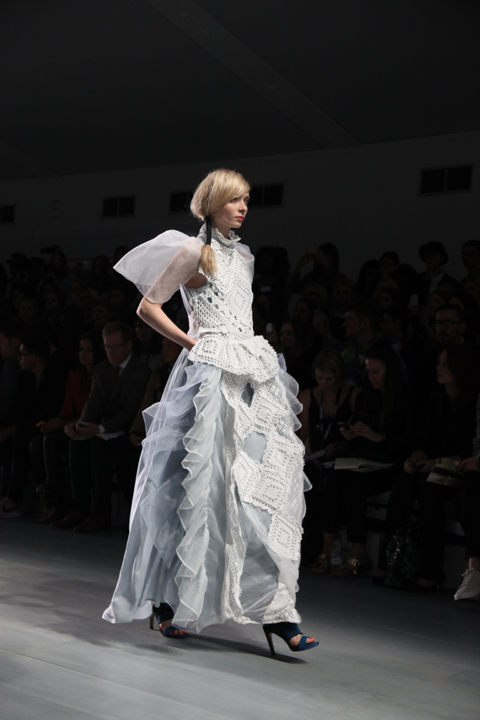 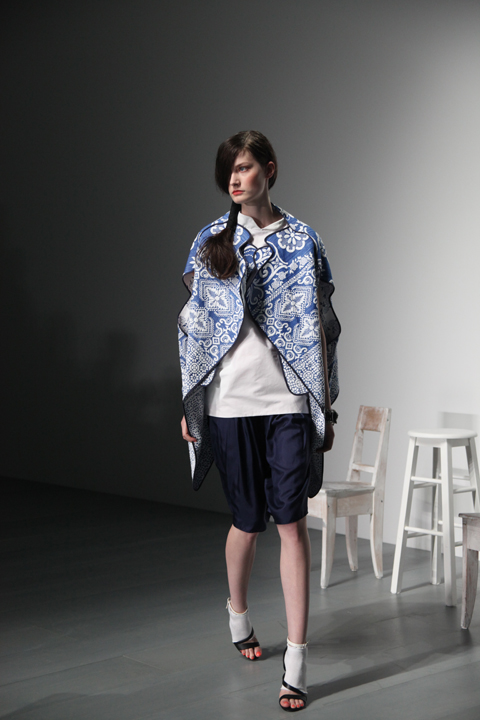 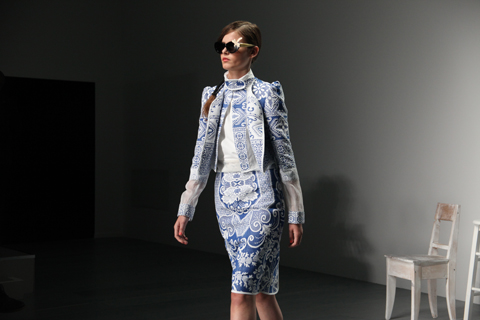 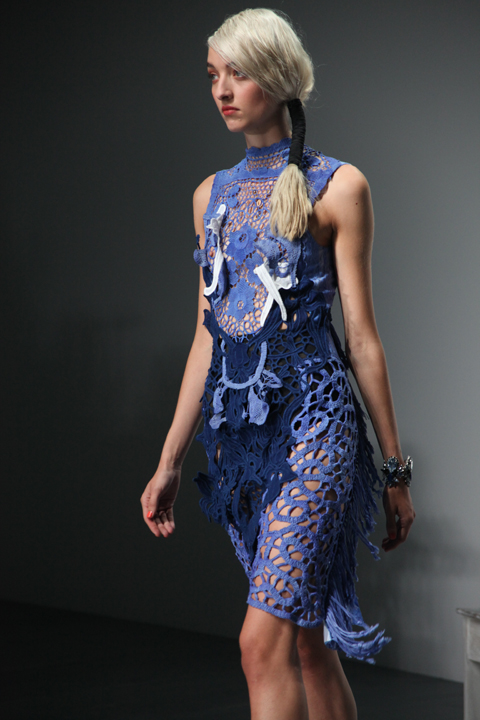 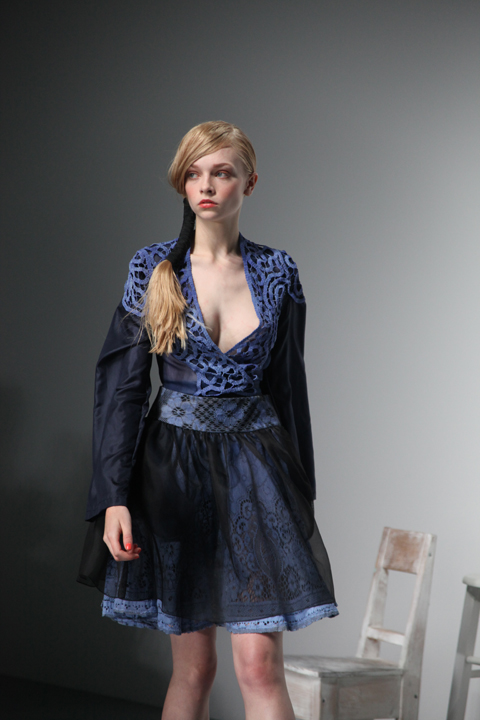 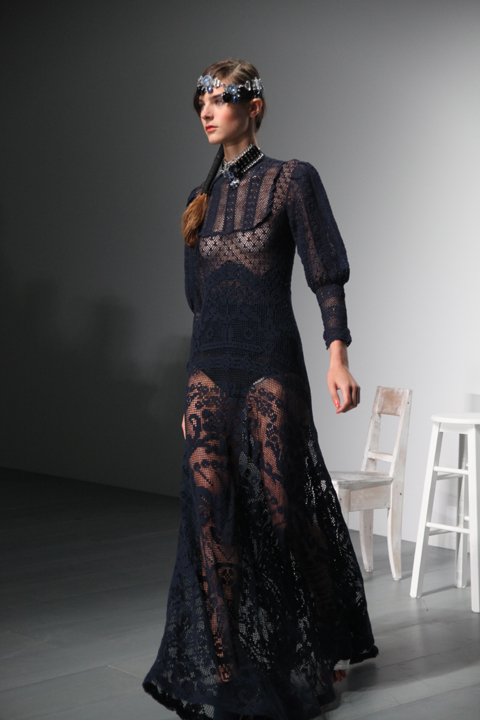 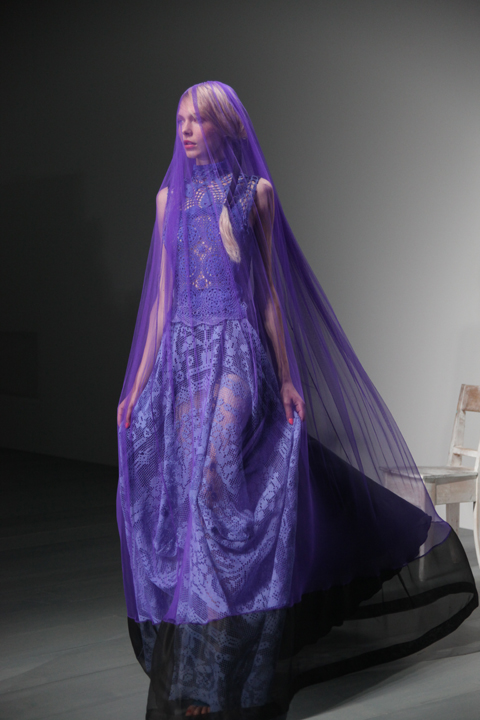