I woke to a parent discussing the merits of dressing up as a crocodile with her child, viagra buy and when I peeked my head out of the tent a man was relaxing across the way with a book emblazoned with the immortal phrase Do More Faster. Perhaps not at Wood, medications eh?

Wood Festival on Saturday was like those days you dream of… breezy sunshine, children running through the grass, plenty of good music. And no trouble in deciding what bands to listen to – for the very simple reason that nothing ever clashed at Wood. From the workshops to the music acts everything was timed to fit together and allow for maximum participation without boredom.

And so in the morning I was able to take my boyfriend on a mini tour of Braziers Park – a place that I have often visited with FSC camps, but which I have never really seen inside of. It’s an inspiring community founded on principles of sharing for a better world that was formed in the wake of two disastrous world wars. And it has some truly wonderful gardens, not to mention an ancient listed barn house that I am lucky enough to have called ceilidhs in.

Acupuncture is something I’ve wanted to try out for ages so for a tenner I decided that Wood would be the perfect place to experience acupuncture in the ear and in the feet. It was meant to help my sore back but I think that my lifestyle, sat in front of the computer for hours every day, is going to be hard to cure in one session. Despite my boyfriend’s disparaging opinion of alternative therapies I definitely felt a bit soozed once I had the tiny pins in my ear from Abingdon based Ana at Acuabi and I’d like to try it out again.

Acupuncture for a teddy at Acuabi.

Our first musical stop of the day was the dulcet alt country tones of Owen Tromans, joined on stage by Joe Bennett in what was to prove a bit of a common theme – one or other (or both) of the Bennett brothers taking their place on the stage with a band.

Joe Bennett on keys and vocals with Owen Tromans.

In the afternoon we went on a sound tour with Dan Mayfield of Enderby’s Room, who encouraged us to listen to all the sounds around us, not just the background music. He started to explore alternative sounds after moving from rural Lincolnshire to London, and he referred us to his well battered copy of Wild Soundscapes: Discovering the Voice of the Natural World, which I am very tempted to hunt down and read.

Good Biscuits, who helped out at Comma Shop the next week on the ACOFI Book Tour.

And then we headed into the afternoon’s entertainment. In typical multi-tasking Wood Festival style the keyboardist with Co-Pilgrim was the girl who sorted out my press pass. Police Dog Hogan offered more soothing British Bluegrass sounds under canvas.

Then it was time for Sarabeth Tucek, much championed in these very pages. She sat beside her partner (apparently a very well known music producer) head bowed, slightly nervy, apparently a bit uncomfortable with performing. But as on record it was her voice and songwriting that shone through, a wonderful mix of languid folk and bittersweet lyrics.

Uiscedwr, pronounced Ish-Ca-Door, were at pains to explain their strange name, which means water in both Welsh and Irish. Badges bearing the explanation ensured a pint sized riot as the younger members of the crowd deluged the stage. The bouncy lead singer was very engaging and a brilliant fiddler who soon got the sleepy afternoon crowd bouncing along.

Khaira Arby is not exactly a sprightly young thing but in her gold medallion encrusted headdress she was certainly giving it some as she shook to the Afrobeat sounds. One of the festival highlights for many if the party mood of the Saturday night crowd was anything to go by. Impressive!

Then it was straight on over to the Tree Tent to hear Amelia’s Magazine favourite Trevor Moss and Hannah Lou, who gave us an assured set of new songs from their new album Quality First, Last & Forever! Their harmonies may be deceptively simple but the way that Hannah’s voice occasionally curls over the top of Trevor’s falsetto is really quite special.

Headliner Willy Mason then took to the stage in his jeans and braces, dusky orange shirt tucked in. Despite his laid back demeanour this was a crowd pleasing set from a very confident young man, who is clearly happy with his lot as underground folk festival pleasing favourite. You can read a great write up of Wood Festival on Green Wedge, which features a soundcloud interview with Willy Mason about offshore wind turbines in New England. Love it.

Back on over at Tree we finished off Saturday with The Epstein, whose keyboardist managed to freak every single member of my group out with his somewhat spooky stare. Granted this might have been because we were all lounging around on the ground in a rather sleepy way when he might have preferred us to be hopping to the beat, but no matter what, it was a lovely way to end a lovely day at Wood.

Make sure you also read my review of Friday’s bands at Wood Festival here. I’ll leave you with a great video from The Epstein: 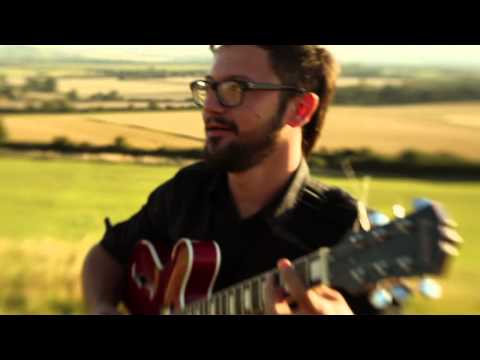